Peppers are thick-fleshed fruits with a smooth, waxy skin and a crunchy texture. They can be small and round, large and oblong, or almost any shape and size in between. The skin and flesh of peppers range from golden to green, bright red, orange, purple, and brown. Although all peppers are crunchy, their flavors range from sweet to extremely hot. Most varieties of peppers can be eaten either raw or cooked. Sweet peppers frequently are julienned or chopped and added raw to salads or cooked in soups, stews, and stir-fries. They also can be roasted (which makes it easy to remove the skin and adds smoky flavor) and marinated, or they may be stuffed and baked or microwaved. Hot peppers are used in a wide variety of Latin American and Asian recipes. Raw hot peppers can be chopped and added to salsas, relishes, and salad dressings. The internal veins and seeds, which can be bitter or hot, can be removed before the pepper is used. Some milder types are used whole, stuffed with cheese or meat, and baked to make dishes such as chilis relleños. Hot peppers also can be pickled or dried, and most types of hot pepper are commercially available in their dried form.

Peppers generally are divided into two flavor categories: sweet and hot. Each type includes numerous varieties. The most common variety of sweet peppers is the round bell pepper, which is sold by color. Although all bell peppers are green when immature, most turn red when completely ripe, and some turn yellow, orange, purple, or brown. Ripe, colored bell peppers are usually sweeter than their immature, green counterparts. Other
varieties of sweet pepper include banana peppers, a mild variety that is the shape and color of bananas; Cubanelle, a tapered, light-green or yellow variety that is more flavorful than bell peppers; and pimientos, thick-fleshed, heart-shaped peppers that are ideal for roasting. Hot peppers, also called chilis, vary greatly in size, shape, and spiciness, and, like sweet peppers, they are green when immature. Cherry peppers are small, round, and red and have a mild to medium heat. Anaheims are long, tapered, and green and can be mildly pungent to hot, depending on growing conditions.

Peppers are native to Asia and the Western Hemisphere, where they have been a culinary staple for thousands of years, but they were unknown in Europe until Columbus brought them home from his first voyage to the Americas. In the United States, sweet peppers constitute more than 60 percent of the pepper crop. The leading domestic growers of peppers
are California and Florida. Many peppers also are imported from Latin
America and Asia. Both sweet and hot peppers are perennial shrubs that thrive in tropical areas but have been adapted as annuals in colder regions. Plants grow to about 2 feet tall and equally wide. Proper flowering and fruit development require humidity. Sweet bell peppers are usually harvested when they are 3 to 4 inches in diameter and are still green and crisp. The size of hot peppers at harvest depends on the variety. Peppers are harvested by hand because they must be cut, rather than pulled, from the brittle stems. Uses Good-quality.

Good-quality fresh peppers should be firm and brightly colored. Sweet peppers can be stored unwashed in plastic bags in the refrigerator for up to 1 week.

Peaches are round to oblong with a slight tip. Because of the hard seed, or “stone,” at their core, they are known as a “stone fruit,” or drupe. The fuzzy skin... 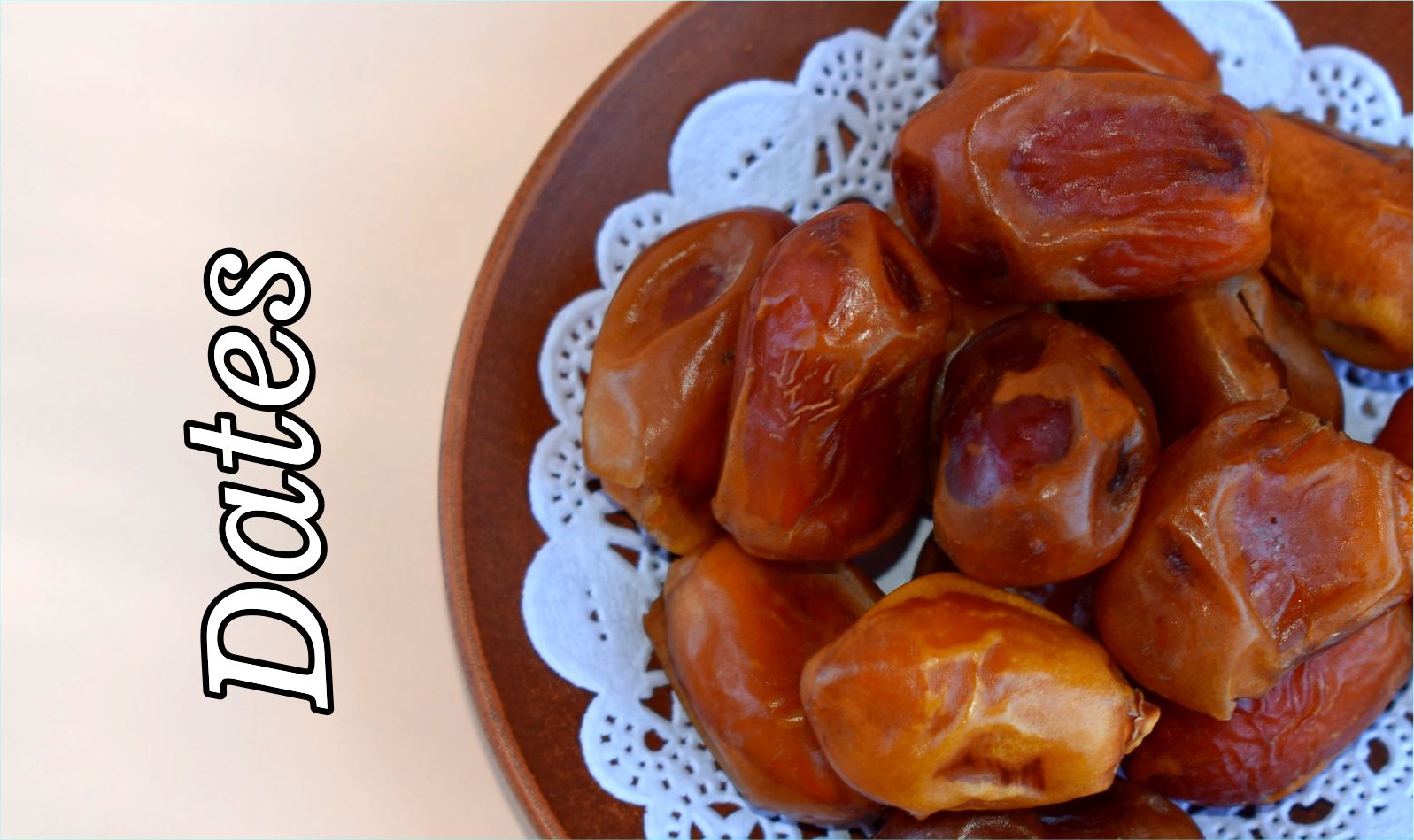 The date is a small, oblong fruit of the date palm tree that grows in clusters of as many as 200. The mature date is approximately 2 inches long and 1 inch...