A project is born with the completion of the construction period and it is then expected that its hould carry out whatever functions for which it has been conceived. Accordingly the risks to which a project is exposed during the post-construction stage differ from those which existprior to its completion. They can be categorised however, under the following headings:• Safety• Serviceability• Resistance to fire and arson• Resistance to natural and other hazards• Resistance to man-made hazards• Fitness for its purpose •Operation• Resistance to wear and tear during its designed life span. There is little difference between the risks during the Defects Notification period, and those in the period that follows. The difference mainly lies in the fact that the contractor may be present on the site of the project during the earlier period in fulfilment of his obligations under the contract. Each of these risk categories is discussed separately. The term ‘main tenance period’ has been renamed as the ‘Defects Notification Period’ in the new suite of FIDIC Forms of Contract published in September 1999 and the ‘Defects Correction Period’ in the old Red Book of FIDIC and the ICE forms of contract. In this book, the term Defects Notification Period will be used.

The combined quality and performance of the design of the project, the material used and the workmanship employed in its construction makeup the level of its safety. If one consider search in a scale where white represents perfection and black represents fault, then there are as many combinations as there are shades of grey. Lack of safety in construction projects continue to cause concern all over the world, but naturally more in some parts than in others. The concern in the United States about the apparent increase in the number of structural failures in the 1980s prompted the US House of Representatives Committee on Science and Technology to investigate these failures. The Committee’s report, submitted in February 1984,discusses the findings and provides some recommendations as a result. Part of the report is quoted here for its relevance to the problem of safety:97The Committee found six significant factors that are critical in preventing structural failures. The Subcommittee also found five factors to be of heavy-to-moderate impact and eleven factors to be of lesser significance. The six critical factors are:

(5) selection of architects and engineers; and(6) timely dissemination of technical data. The five moderately significant factors are:(1) overall accountability for structural integrity;(2) impact of ‘cost cutting’ on design;(3) impact of ‘cost cutting’ on construction;(4) potential for improving quality during construction; and(5) selection of construction contractors. The eleven least significant factors are:(1) adequacy of building codes;(2) impact of higher strength materials;(3) adequacy of state and municipal design reviews;(4) increased use of speciality contractors;(5) support by testing laboratories;(6) certification of buildings;(7) role of lending institutions;(8) adequacy of seismic codes;(9) impact of construction manager type Organisation (10) impact of fast track scheduling; and(11) need for legislative changes. The Subcommittee also made formal findings and recommendations for the six factors which it concluded as being of critical importance to structural failures. The subcommittee believed that ‘these factors warrant the greatest and most immediate attention by both government and the building industry’. The Subcommittee then elaborated on the six critical factors as follows.

(a) Communications and Organisation in the Construction Industry

There is no set pattern for organising design/construction projects. Virtually all projects are different, and the companies involved have different capabilities. The data received by the Subcommittee, however, through its hearings and investigation strongly indicate the existence of loosely structured organisations, unclear definitions of responsibility ,and poor lines of communication between the participants in construction projects, all of which can contribute to the occurrence of a structural failure.

(b) Inspection of Construction by the Structural Engineer

The quality of design is being compromised by client desire to speed construction and reduce overall project costs. This can lead to the subsequent elimination of essential engineering services, such as peer reviews, that provide an important check on the commission of errors in the design process and help ensure that high quality designs are produced.

Structural connections, which are critical components of structural design, are often not designed by a structural engineer. Instead, they are frequently left to persons who do not have a sufficient understanding of the interaction of all stresses between structural members. Moreover, shop drawings are not sufficiently reviewed by the structural engineer. As a result, errors in design can be made and go unnoticed.

(e) Selection of Architects and Engineers

The selection of architects and engineers is generally made on a ‘low bid’ basis. Even when peer reviews, design scope, and on-site inspection are included in the bid request, there is a tendency to unrealistically reduce the price when price is known to be the primary basis for the contract award. Nearly exclusive use of this ‘low bid’ procedure has frequently resulted in insufficient funds allocated to a project to adequately verify the accuracy of design and to thoroughly check plans before construction. In other words ,selection of an architect or engineer solely on a price-competition basis provides the potential for reductions in quality due to initial underestimation of the costs and resources required to adequately perform the work.

(f) Need for a National Board to Investigate Structural Failures

The records in many cases of litigation involving structural failures have been closed to public review as a result of settlement agreements between the parties. Consequently, little information has been made public about the technical causes of several recent major structural failures. Structural engineers and others have thus often been prevented from learning from the experiences and mistakes of others. This failure to disclosein formation provides the opportunity for others to commit the same mistakes in the future. A national investigative body is needed to obtain information about structural THE SPECTRUM OF HAZARD AND RISKS IN CONSTRUCTION 115
failures and provide individuals involved in the building industry with much needed data on failures around the country. Examples of the risk of failure in safety are plentiful and some have been quoted earlier in this chapter. Others can be seen in the technical press and those which are dramatic have been the subject of investigation by various committees formed in various parts of the world for that purpose.

In June 1989, a 90 m diameter radio telescope at Green Bank, Virginia, USA, collapsed after twenty-six years of service. It collapsed due to fatigue following progressive cracking and then failure of a key joint. The fatigue was caused by very high cyclic loading derived from secondary forces as the radio telescope swept back and forth across the sky. The shallow dish consisted of a light aluminium surface supported on a bolted steel frame of matching shape, all supported on a diamond shaped truss. The collapse was precipitated by failure of a gusset plate on one side of the diamond truss at a connection between three main members . A crack spread from two punched bolt-hole positions to extend over the whole 1.2m width of the plate. Secondary cracking was found around the rogue bolt holes, indicating that ‘severe working produced by the punch could have left an initiating small crack’. Cracking was also found on corresponding gusset plates.

Risks associated with fire and arson

A construction project should be capable of containing a fully developed fire within are stricted and prescribed area and in such a way that it does not spread to adjacent compartments. Furthermore, it is a requirement in many parts of the world that collapse should not occur as a result of fire before a prescribed period of time has elapsed which depends on the type of the project. Examples of fire disasters can best be studied from the files of insurance and reinsurance companies and the following is one of these examples. A 114-year-old department store in Singapore, one of the landmarks of the city, was destroyed by a large fire on 21 November1972.101 Nine people were killed, the property damage and consequential loss amounting to about DM18 million. The three storey building was of brick, masonry and timber construction with a tile roof. Thewhole department store covered an area of about 8,000 sq m which was not separated into individual fire compartments and not protected by sprinklers. The building was air-conditioned and had three passenger lifts. On the day when the fire occurred, the store opened at 9 a.m., as usual. Shortly after wards, the air-conditioning system was put into operation by an electrician. At 9.45 a.m., some employees on the ground floor noticed a smell of smoke which they thought had been caused by a short circuit. The electrician was called and, as he arrived on the ground floor, all the lights suddenly went out. Just as repairs at the main switchboard were to be started, the fire alarm rang and, shortly afterwards, fire was noticed at the rear of the ground floor. At first ,some employees tried to bring the fire under control using portable extinguishers. However ,they soon gave up as fire and dense smoke spread very rapidly from the ground floor and also took hold of the upper storeys of the building. When the fire brigade arrived at the scene, the fire had already reached such proportions that they had to limit their action to protecting the adjacent buildings. The building, where about 300 employees worked, had several staircases but these were difficult to find, especially for the customers. In addition, the lifts were inoperative due to the failure of the power supply and the combination of these unfavour able factors led to the loss of nine lives.

A lot of useful article are available on our website "4thofJuly2020.com". Keep Visiting for new useful articles.
TagsAbout of Risk Study of Risk 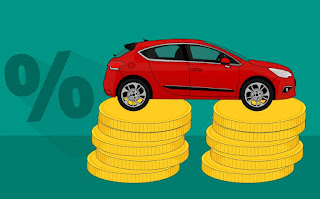 How to Choose the Right Type of life Insurance

Choosing the right type of life insurance can be confusing, but it’s also an important decision. Here are some guidelines that can help you narrow down your... 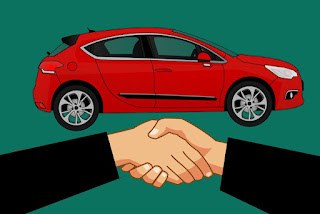 How to find temporary or short-term car insurance

Which companies offer temporary car insurance? Our list of the best car insurance companies helps you compare quality policies and get a quote. Many of the top... 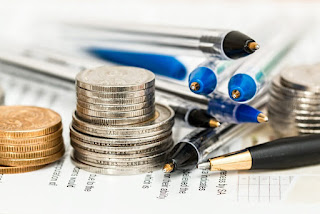 Part I: Getting Up to Speedon Loan Modification: When facing the real possibility of losing your home, shifting into panic mode is far too easy and destructive...